All good things.. rise from the dead and make no morale check

So, it has been a little over a year and the initial Valley of Blue Snails campaign is now complete.  I think I can consider it a success considering my esteemed cousin survived his tour in Iraq with (relative) sanity intact and managed to almost reach level 3 in the process.  So a quick review of the game from my point of view:

The Good:
A Giant Segmented Worm that spewed burning dirt-feces
A hireling who grew a lemur tail when the PC's Oculus power was used in an inadvisable location
Lord Maulden, who was bewitched by one of the users of the Occulus, was reduced to doing nothing but eating, fucking and sleeping in luxury.  The question arose if anyone would really be doing him a favor by 'freeing' him, lol.
Using a giant (dead) nautilus,I got to reenact this scene:

The Bad:
Using Gmail exclusively to run it
We almost concluded the intro adventure in one year's time..
The Traumatic Childhood Background Generator is perhaps too traumatic
The Fighter's cleave on those under 1hd is enormously powerful

The Ugly:
Trying to track down names and details I invented 8 months prior
Find out that I am senile since I can't remember this crap

All in all, not too bad.  My main complaint was the difficulty in turn-around time for play.  I seriously think we could have accomplished the same game-play in 2-3 nights of in-person play.  Cest la vie.

As for this blog, I will likely post again here and there as I have time.  I enjoy the creativity exercises and a few folks have found some of it useful.  I may eventually write up a short story or two set in the Valley of Blue Snails world.  A few ideas have crossed my mind in the last year that I would like to put in writing.  Further development of the campaign setting will be incidental and instead I will focus on being unfocused - generally blurting out what game related non-sense comes to mind. 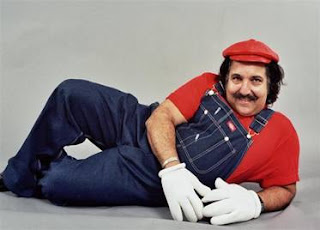 At the moment we are playing Villains and Vigilantes. My PC is El Gato, a fat and old luchador wrestler that is a bit of a combination between Ron Jeremy and a Spanish Ric Flair. He has one stat above a 9 and he has to change luchador masks to use any powers worth a crap.  The campaign is set in an alternate Las Vegas and our team's secret hideout is El Gato's run-down trailer parked in back of some seedy casino. Great fun.
Posted by Canecorpus at 6:59 PM